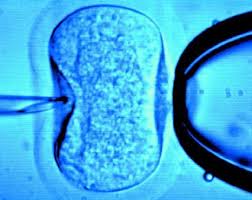 Let’s face it.  Patient focused customer service is critical to building and maintaining a practice.

There is a clear expectation that the business executive of a practice fills an important role in creating and maintaining superior customer service besides taking care of all of the other business related aspects of running the business side of the practice.  So what happens when that key person leaves?  Staff retires, moves away, get sick, or are asked to leave the practice.  Executives experienced in the field of reproductive endocrinology and infertility are not found that easily.  Taking the time necessary to get a qualified replacement can take months.  In the meantime what do you do?  By hiring an well-seasoned medical practice executive familiar with the Reproductive Endocrinology and Infertility (REI) field can fill an important void.  First - their experience, imagination, and overall business acumen can not only hold the fort but may actually identify opportunities simply by bringing a fresh look to the practice.

Building a top tier infertility and in vitro fertilization practice takes more than having doctors and staff with the proper education and skills. The patients who come to you do so with high anxiety and fear that they cannot conceive a baby.  In many instances these patients are extremely well informed and, due to the cost of infertility treatment, frequently are upper middle income patients.  They have high expectations in service, communication, and physical ambience.  In short, they are high maintenance patients.

Having established a proven track record of pregnancy results, especially if those results are with older women or couples where the problem resides with the male, the necessity to create a team environment is critical. Everyone from receptionist to the nurses to the lab techs and the doctors need to make the patient feel that the entire team is working together for the patient and will share in the emotional highs and lows that inevitably occur during treatment.  The physical appearance of the facility must be more comforting than the typical clinical setting.  Pictures, flowers, a comfortable waiting room, and current magazines and reading materials without dog eared corners all help to set a practice apart.  One cardinal rule is to never mix an infertility practice with any other OBGYN specialty.

Second - having sensitivity to the above is a value added dimension necessary for ongoing success.  An interim arrangement makes sense so the group can focus on what its mission is designed – helping couples achieve the dream of parenthood.

Third - Utilizing seasoned experts will help your practice bridge the "gap" phycially, and financially.  Make sure you can continue doing what you do best - be a doctor!

Consider one of interim experts on Our Team like Jerry Otten to find out how we can help you!

Why the ACO movement is NOT going to decimate your practice

Okay, yes, I know, health care reform was passed.  Way back in March 2010 the law (Patient Protection and Affordable Care Act) also now known as Obama care was passed.  At that time many were worried, not unlike the early 90’s when health care was in a frenzy with “Hillary Care”.  Of course the law was a mere 1900+ pages long, and it took months for even the experts to begin to grasp how this new legislation would be dramatically re-shaping our health economy.  At that time, we can all admit that we really had no idea what was in store with health reform, but we were learning about some “new terms” such as ACO, Meaningful use and other words and phrases that seemed to provide more and more fear with physicians.   At the same time, many hospitals started planting ideas about how prospective payments or bundling would be impacting physicians.  Many feared that the day of the independent physician groups would soon be over, after all, the hospitals would need to “own all of the physicians” to make health reform really work.

Leaders of the health reform movement told us that the ACO model was coming.  We also feared the change in regulation for decreasing the number of uninsured by way of increasing Medicaid patients.   Many believed the only way to escape the fear would be to become employed by hospitals.  Fast forward a few short months to the fall of 2010 when trade groups such as HFMA (Healthcare Financial Management Association) started to really provide us with some of the details about what health reform might mean.  We learned that many of the key aspects of reform might actually help the physicians – for example, making the switch to electronic health records EHR or Electronic medical records would actually be subsidized by the government.  We learned that soon physicians would be paid to provide some of the preventative health that we already provide.  We also learned that there were suddenly varying opinions on what an a ACO would look like, particularly when it was clear that the regulations for ACO’s would be as complex as health reform and was the size of a medium large city yellow pages book.  Back in the fall many were afraid, but groups that I’ve been working with in the last six months or so are seeing a changing tide.

Some of the really fundamentally components of health reform have been showing weakness.  In fact, I believe that the direction of health reform continues to accelerate at an increasing pace in a negative direction.  For example, it was one of the basic tenants of the reform was that it would provide coverage for all members of society – if you were an employer you would have to provide the coverage or face severe penalties.  Interestingly enough, the Obama administration has been willing to sacrifice and has provided waivers (which by the way are not part of the statute) to employers.  In fact, a recent article in the Wall Street Journal states that over 1,300 employers such as McDonalds have been granted such waivers.  The article stated that we were “Waiving Obama Care Goodbye”.  I frankly think it’s the tip of the iceberg.

If you read papers such as the Wall Street Journal you will notice more discussions about the very thing physicians were afraid of ACO’s.  On June 13 one of the organizations that much of this alleged health reform was supposed to be patterned after, the famed Mayo Clinic, stated in the Star Tribune that they opposed key health reform provisions including the ACO’s.  The article continued to not that the proposed regulations conflict with the way Mayo runs its Medicare operations.  A recent opinion published, again in the wall street journal was entitled “The Accountable Care Fiasco”.  In that article it states that “Even the models for health reform hate the HHS rules.

As we continue to ford through these changing tides of healthcare, we acknowledge that health care is broken, the complexities of health care are not improving, in fact they are becoming more complex.

In the meantime, visit our website to learn more about how you can develop strategies to improve your practice at http://www.huizenga-consulting.com/practice-management-consulting-medical-practice-consulting/